How Old do You Have to be to Buy Sex Toys?

Last updated February 2, 2022
Shop now at Lovehoney to get up to 30% off Womanizer, We-Vibe, Lelo, & Lovense products!

Getting your first sex toy can be intimidating enough without worrying whether you’re legally old enough to buy sex toys. Before wandering into a sex toy shop or trying to buy a toy online, you should know if you’re going to have your sale rejected if you’re a minor. So how old do you have to be to buy sex toys online or in-person?

You must be 18 years old in all states to buy a sex toy, but some states can sell sex toys to those 17 and older. Some stores sell adult novelty products to children, as they are not “sex toys.” Online sales are tricky, as payment methods could be considered fraud without permission to use a card.

If you’re over 18, then you have nothing to worry about, and you can buy a sex toy anywhere you feel like. However, if you’re under 18 and you’re wondering how old you have to be to buy a sex toy, you may want to keep reading.

You Must Be 18 in All States

Since 18 is the age of consent in all states, except for a few Southern states, buying a sex toy requires that you’ve reached that age. Some states allow you to buy a sex toy at 17, but many sex toy shops have different sales policies for minors. If you want to buy a sex toy from a brick-and-mortar shop, you’ll need to know their policies from the beginning.

Online shops are a little different because they don’t check to see if you’re 18 or over, but they post a notice throughout the site that you must be 18 or over to buy their products. When you buy online, they will most likely not check to see if you’re over 18, but it’s not wise to lie about it, only because usually people under the age of 18 do not have personal bank accounts or credit cards.

This matters because if you use someone else’s card without permission, the law could get involved, and you could be charged with a crime.

What About the Internet? 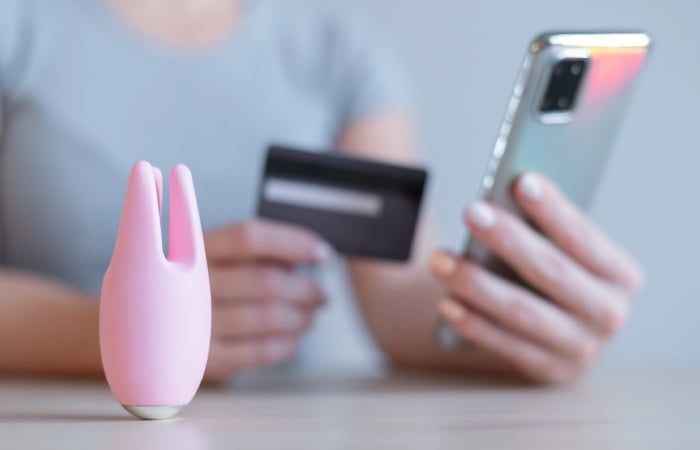 A lawyer stated that while there were no restrictions on 16-year-olds buying sex toys online, there are restrictions about where they could go in person to buy them. Even though many stores restrict who walks in the door, that isn’t as big of an issue online.

However, when you try to buy a sex toy online, you’ll want to either have permission to use someone else’s bank card or have an account and payment card of your own not to commit fraud. Even if you take your parent’s bank card without their permission, that could be construed as committing a crime.

If you have a job and a payment card, then you’ll likely be able to buy a sex toy online while underage.

Adult Novelty Products Can Be Sold to Minors

In 2007, a Washington woman complained that her local mall was selling sex toys to minors if they want them. She was out shopping with her four children and was “shocked” to see sex toys were out in the open.

The store in question was Spencer’s Gifts, known for bizarre and tasteless products, gag gifts, t-shirts, and body jewelry. They responded to the complaint and claimed that since their products are “adult novelty toys,” they can sell them to minors.

The adult novelty product distinction didn’t appease the many parents who were upset about the store’s products. They didn’t want their children exposed to this “type of stuff,” as they might decide to do something “inappropriate” too early in life.

But, if you are under 18, this small distinction can make a difference in what you can get at this point.

Sex Toy Shops Will Not Admit Minors Inside

Adult stores will not allow any minors under 18 inside due to the nature of the literature’s content. But that doesn’t mean that you can’t go to an in-person store that sells sex toys, such as Spencer’s, Walgreens, or other similar stores. However, stores that only sell adult sex products will have pornography meant only for those over 18 years old.

If you’re under 18, there are other places where you can buy sex toys if you are determined to get them. Considering that there are several places online where you can make your purchases, you won’t need to bother trying to go into physical sex shops.

How To Buy Sex Toys and What To Look For

With any toy you buy, you might need a bit of lubrication to make it more enjoyable and comfortable. To keep your toy new-looking and durable, you’ll want to get a water-based lubricant. But for silicone toys, use a silicone-based lubricant to keep them from breaking down.

Now, when you look for a sex toy, you might become overwhelmed by the choices available. To narrow down your choices, look up blogs and web reviews of things that sound interesting to you. If you’ve already played around and explored your sexuality, this shouldn’t be too much of an issue. If you haven’t yet, you might want to save your money until you do.

Don’t be afraid to talk with sex bloggers about what they recommend and where they get their toys.

However, if you don’t have your own money, you might want to wait to buy one until you do. Or, heaven forbid, you can ask your parents. Of course, they might be more agreeable to you getting a job instead!