The Le Wand Rechargeable Vibrating Massager boasts all the features of a powerful traditional magic wand sex toy, with a sleek and luxurious design to match. 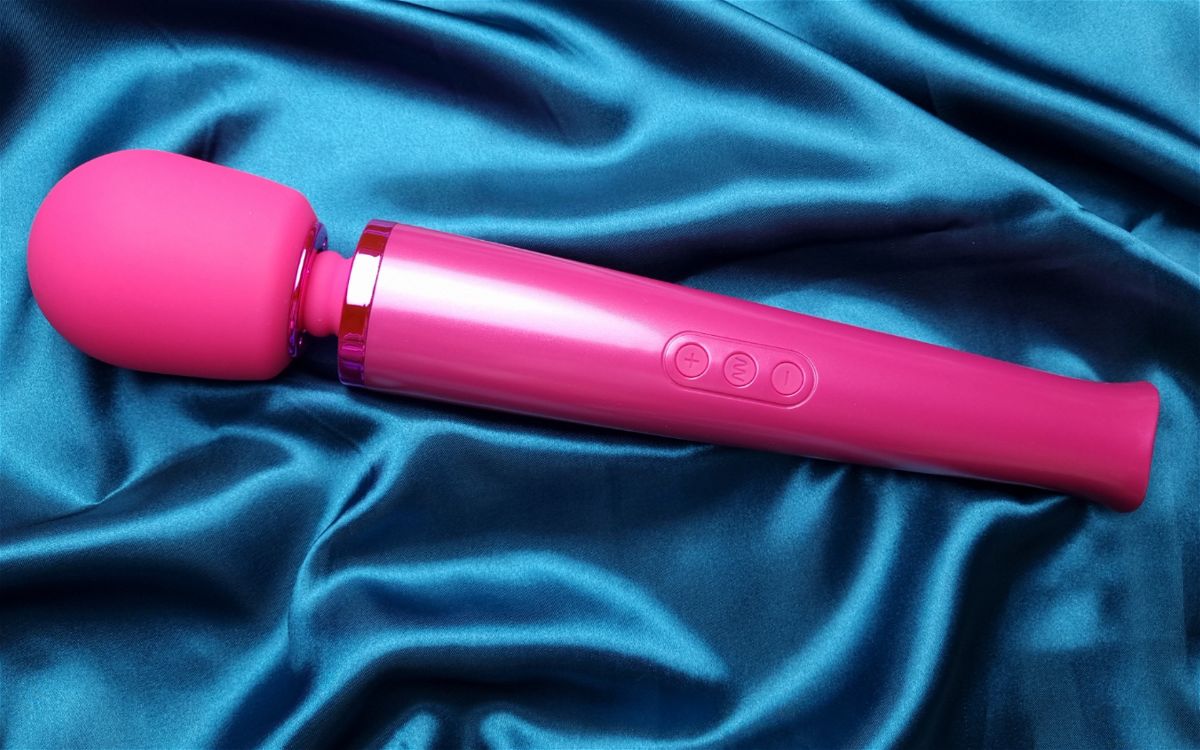 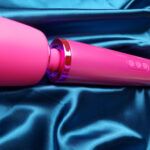 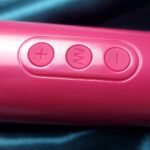 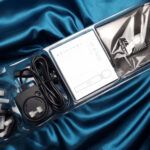 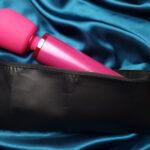 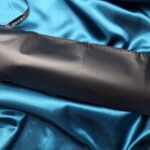 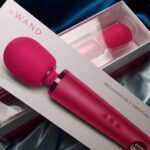 The list of wand vibrators is endless, but the Le Wand stands out against the crowd for being one of the most luxurious on the market.

Le Wand is a versatile, rumbly powerhouse with ten vibration speeds and 20 vibration patterns to cycle through. It is made with quality at the forefront of the design and stands apart from other popular magic wands like the affordable Mantric Wand because of its high-quality materials.

In this Le Wand Magic Wand massager review, I’ll divulge all the design features, benefits, and missed opportunities of the wand to ultimately reveal whether the sex toy is worth adding to your sex toy collection.

What You’ll Love About the Le Wand Rechargeable Massage Wand

Thankfully, the length of the Le Wand Rechargeable Massager sex toy makes that irrelevant. The toy is 13.5 inches and has a large, bulbous head connected to the wand by a highly flexible silicone neck.

This flexibility allows you to maneuver it smoothly onto the clitoris, meaning more stimulation can be felt without having to strain to reach.

Easy to use Design

The Le Wand Massager is one of the easiest magic wand massagers to use because of its decent size. Getting a good grip on the handle of the magic wand is easy to achieve, and the three-button control makes it even easier to find the your favorite settings.

The three easy-to-use buttons give you access to 20 vibration patterns with ten rumbly, toe-curling intensities each. 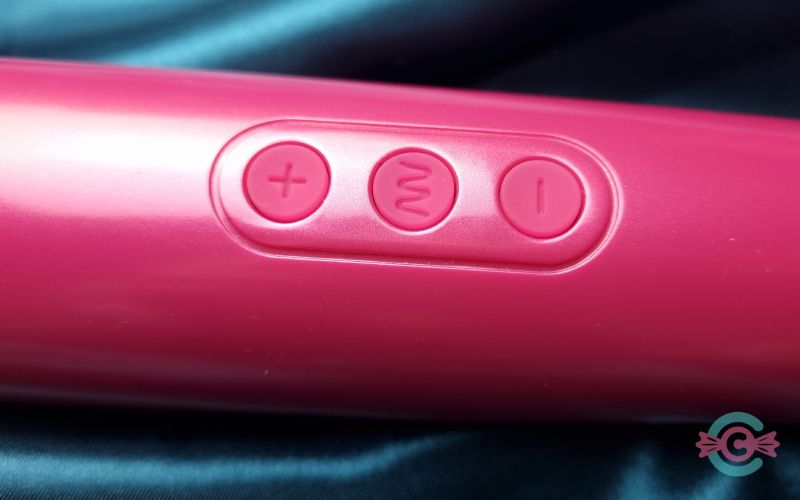 If you’re someone who needs a lot of intensity to get off, the Le Wand cordless wand is the toy that will get you there. Its classic magic wand design means that the motor packs a powerful punch during use, helping you reach orgasm quicker and with more intensity.

And if you’re worried about the numbing sensation from a toy that is too powerful, the flexible silicone head combats this, allowing for pinpoint precision when stimulating the clitoris.

On its lowest setting, the strong vibrations will still be higher than most other vibrators. At high speeds, you will open a doorway to some of the most intense vibrations of any sex toy. These are on the buzzy side though, so keep in mind that the toy isn’t best suited for discreet use.

The powerful intensity and the strong silicone head allow you to get deep into the tissue and work on relaxing you.

How you use it really comes down to personal preference.

These attachments replicate the look and design of other sex toys and massagers to enable you to use one versatile toy for multiple pleasure sensations.

Each of these attachments is made from the same velvety smooth silicone that the Le Wand Massager is made from, but they do need to be purchased separately.

Another feature of the Le Wand Rechargeable Massager that is truly wonderful is the 300 minutes of battery life without needing to be plugged into wall power.

Many of the original magic wand sex toys out there still utilize the corded structure, but with the Le Wand, this isn’t the case.

The toy offers insane clitoral stimulation for up to three hours and does not drop in intensity and power because of the cordless functionality. In fact, the only toy that offers the same intensity of power with a slightly longer battery life is the Domi-2, which has an excessive 6 hours of run time.

The Le Wand rechargeable has everything you need and delivers orgasms over and over again.

And when you’re finished, the USB port allows you to charge up the toy in no time. 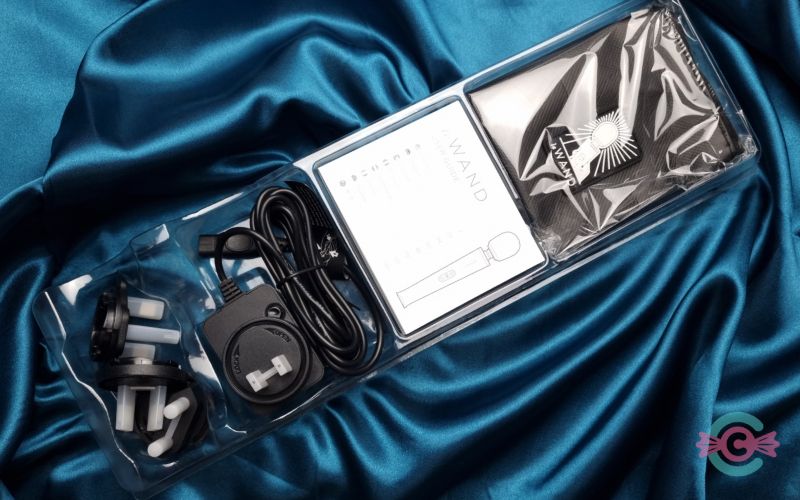 At first impression, it is easy to think the Le Wand massager is similar to other wand massagers on the market. But that couldn’t be more true. When inspecting the toy, you quickly realize that the design of the Le Wand is nothing short of a masterpiece.

The massager comes in two luxurious colors: white with rose gold accents around the edges and metallic grey with darker grey trimming. These are sleek and beautiful and feature a shiny, reflective surface which is a nice additional touch.

The toy is decently sized and has a generous length of 13.5 inches and a circumference of 7.75 inches. Although this is quite big and has a decent weight, it doesn’t feel over the top during use. In fact, the Le Wand massager allows for easy grip and manipulation during both solo sessions and during intercourse.

The head of the wand is unlike most other wands on the market. It features a luxurious smooth silicone finish that feels like a delicate velvety feather touch when placed against the skin. The sensation of the material is much nicer than other massagers. It feels luxurious and explains why the price is so high. 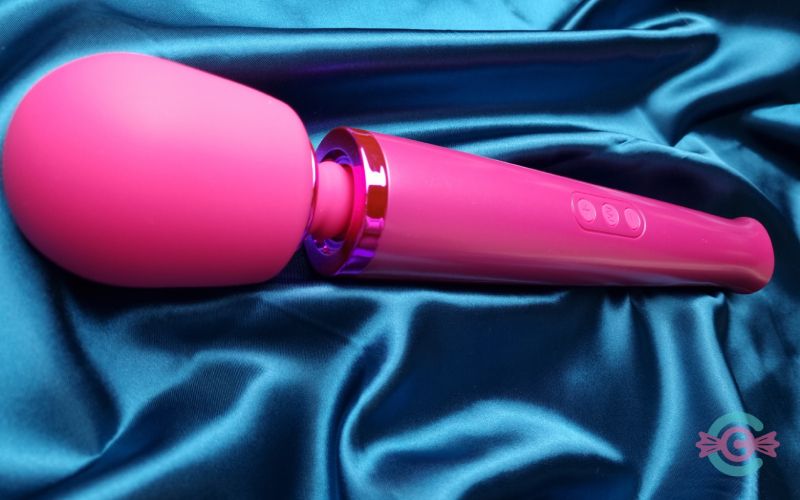 Even though the head of the Le Wand may not be entirely suitable for those that like a precise toy on their clitoris, it means you don’t need to struggle to find the perfect position as it targets the whole area with deep rumbly vibrations. It also means the attachments are easier to manipulate.

Another design feature of the Le Wand that sets it apart from other massagers is the three buttons on the control pad in the centre of the wand. The plus and minus buttons give you access to 10 intense speeds, each for the perfect level of satisfaction every time you use it. To change the vibration pattern, press the middle button.

Additionally, the control panel allows you to access the travel lock option, which stops the toy from turning on the powerful vibrations when discreetly carrying it around.

Another design choice that I’m grateful for is the wireless use. Unlike most traditional magic wand massagers, the Le Wand can be used without being plugged in. This allows you to take it with you wherever you want to use it, though do keep in mind it can’t be brought into the water because it’s only splashproof.

Because the Le Wand is only splashproof, I recommend that you clean the wand head with a mild toy cleaner and warm water, suitable for use with silicone items before and after use.

Is the Le Wand Rechargeable Massage Wand Worth the Money?

At a first glance, the Le Wand sex toy might seem as though it’s the same as all the other wands on the market, but the sleek, luxurious experience that comes from using the Le Wand is unparalleled. And the orgasms are pretty incredible too!

On top of this, the added benefit of being able to add attachments to the head of the wand allows you to have a versatile toy that can be used for all kinds of activities. This is a huge win for anyone wanting to invest in just one toy.

The magic wand rechargeable has a power that will get anyone going, though it’s pretty extreme. This was perfect for me, but even the lowest settings would be a little overwhelming for beginners. After using it a few times, I recommend it to those that like a lot of power when stimulating themselves.

However, even if this is too much when used to stimulate the clitoris, the power offers a lot more than other internal G-spot and P-spot vibrators and massagers on the market, so it’s worth the investment if only to use it with the attachments.

It is versatile, has more vibration patterns and a longer run time than almost all other vibes on the market, with the added benefit of being the most luxurious design out there, and included is a discreet travel case. 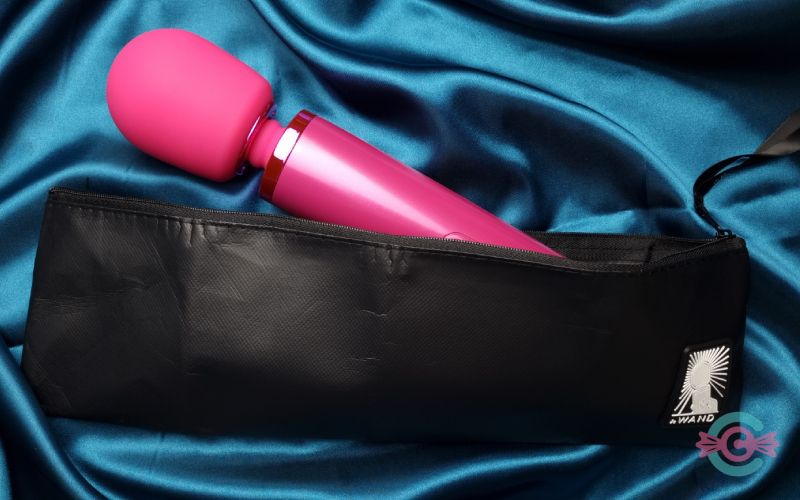 The toy gives the overall impression of a really high-quality product and a top-of-the-range device.

This is a must-have in everyone’s sex toy drawer.

What Comes In The Le Wand Rechargeable Massage Wand Box? 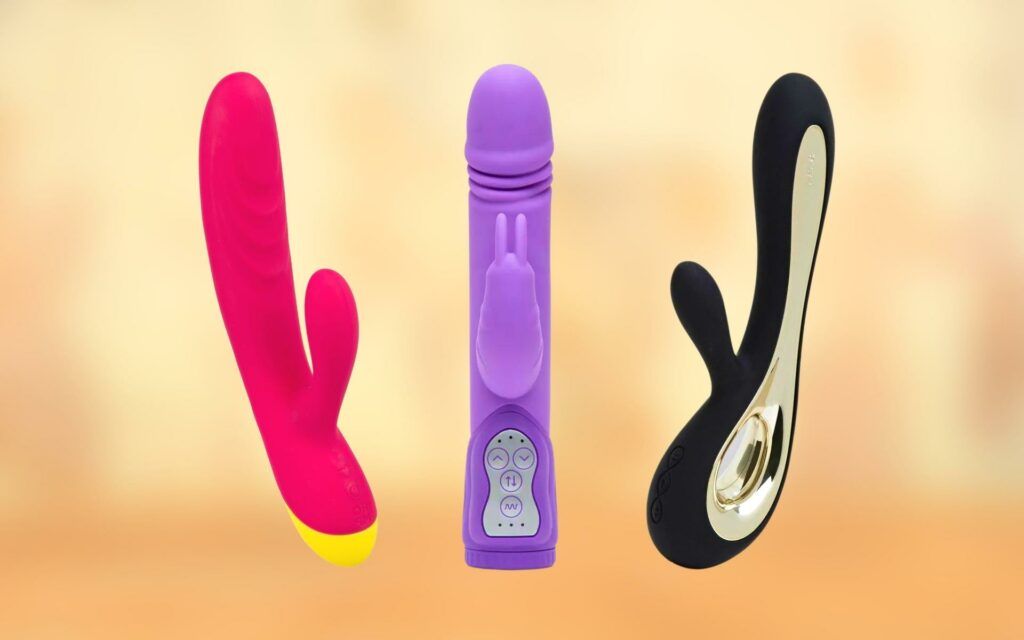 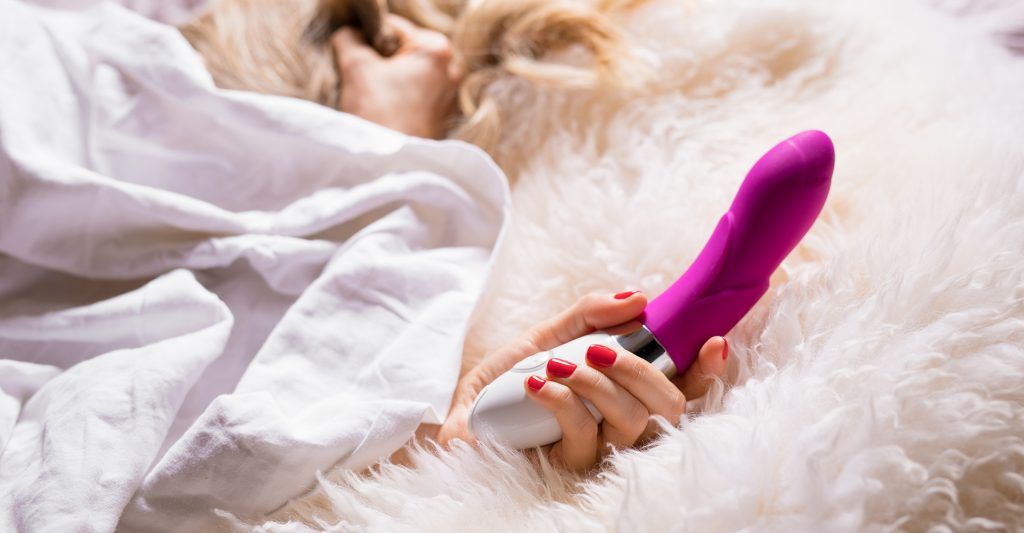 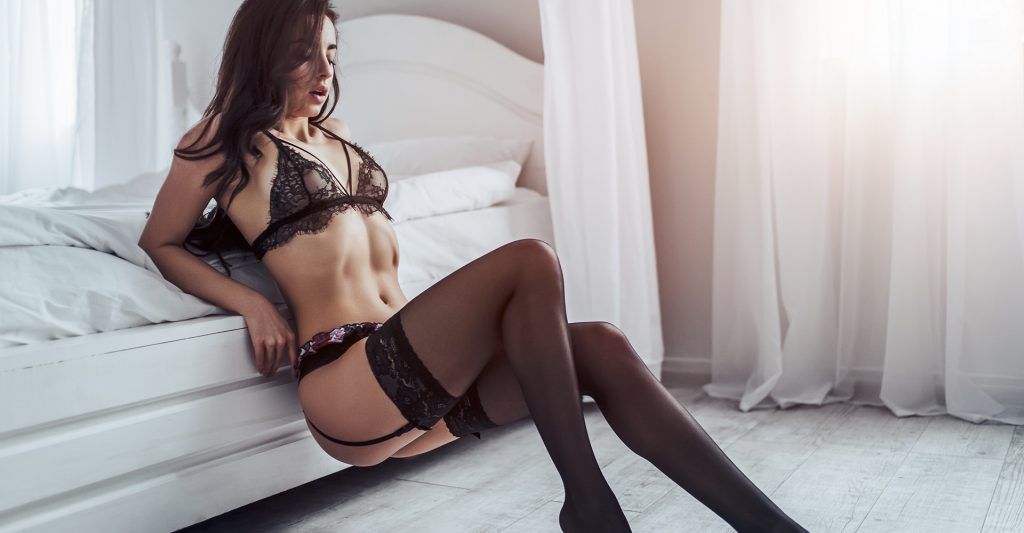 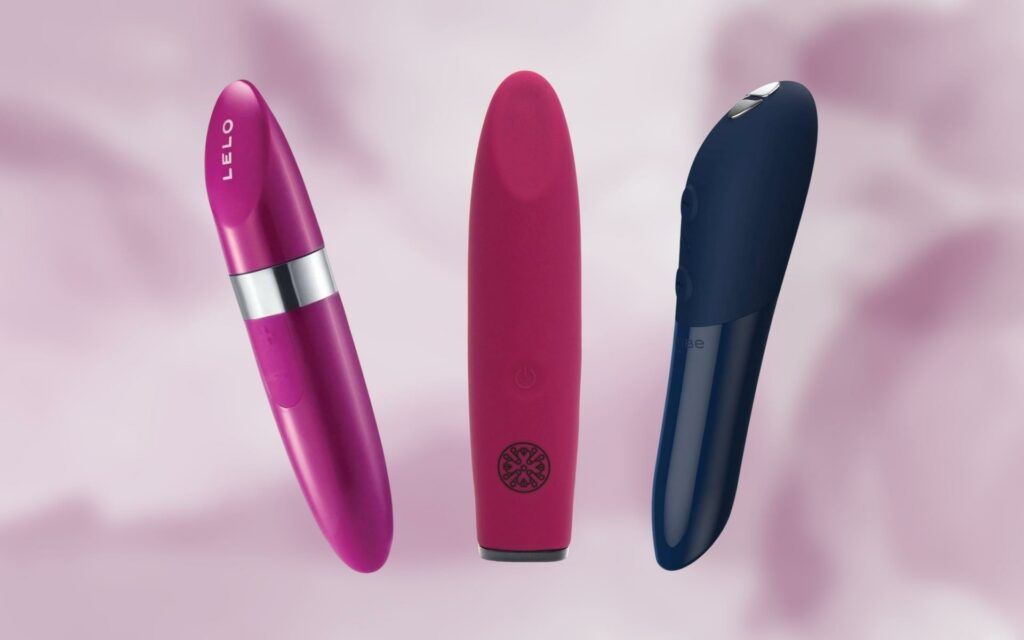 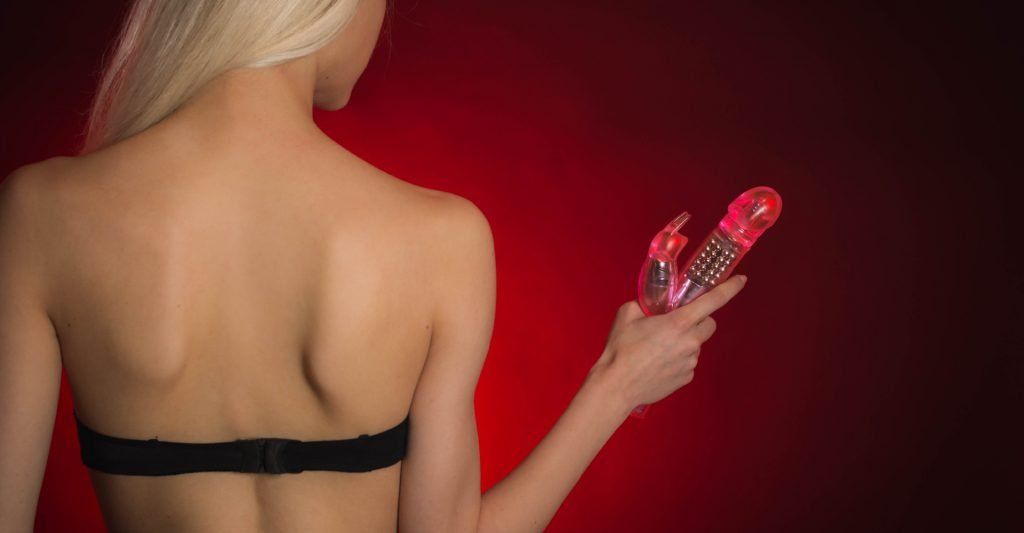 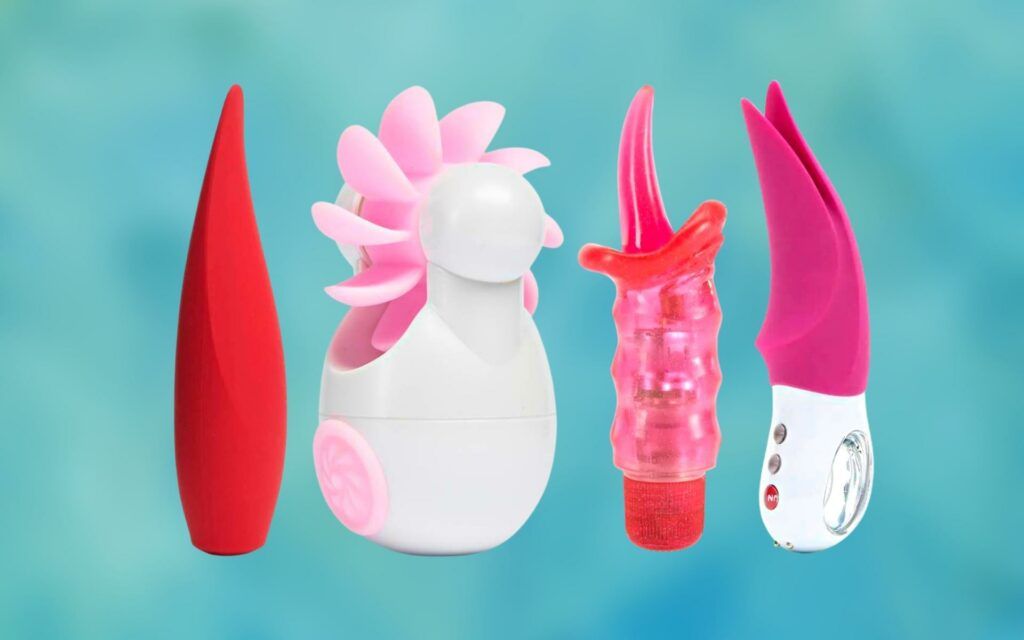