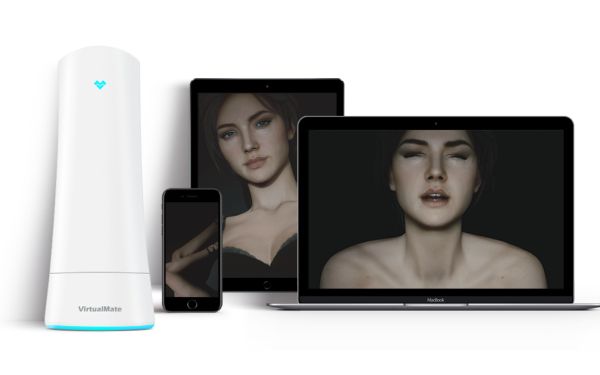 Virtual Mate is an exciting game system that allows for a lifelike sexual experience unlike any other! The Core device and software pair flawlessly, and Sheila is very realistic in the way that she looks, moves, and interacts with the user.

Shop now at Lovehoney to get up to 30% off Womanizer, We-Vibe, Lelo, & Lovense products!

Virtual Mate is an immersive gaming system that allows for a very unique and intimate sexual experience.

It comes with a hardware device called the Core and special software where you get to interact with a lifelike CGI model named Sheila. Sheila responds to your movements inside of the Core, simulating real-life sexual intimacy.

In this Virtual Mate review, I’ll go through the main features of the Virtual Mate game system. Then, I’ll discuss the main perks and a few downsides of this unique product. 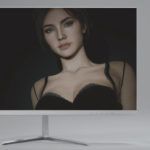 The Virtual Mate is packed with exciting perks, from a cohesive system to a realistic virtual experience.

When you finally get the device paired, the experience usually isn’t as great as you thought it’d be since the software and hardware weren’t designed to work together.

However, you’ll never have this issue with the Virtual Mate game system! Their hardware device, the Virtual Mate “Core,” was designed to work flawlessly with their software system. The game and the masturbator are effortless to pair, so you won’t have to waste any time getting the system to connect.

Additionally, the Core is filled with high-tech sensors that transmit data about your strokes’ speed, duration, and length to the game. So, what you see on the screen will always sync with your masturbator device, allowing for a realistic gaming experience.

The first is Quick Mode, which allows you to get right down to action. You can select Sheila’s outfit and whether or not you want her to take a dominant or submissive role during your sex scene.

Next, there’s Story Mode, where you can select from 6  different steamy scenes. During play, you get to interact with Sheila on a more intimate level. She’ll listen and respond to you, mimicking a real relationship. This mode is unique and allows you to have a more personal, lifelike experience than your typical sex simulator game.

There’s also Virtual Reality Mode, allowing for an unforgettable immersive experience. You can interact with Sheila in a 3D world, so you’ll feel like you’re in the room with her.

Although CGI technology has advanced over the years, many virtual reality games still aren’t up to speed. In these games, you can typically customize your female companions and animate them, but that’s about it. So, most of the time, you aren’t getting a lifelike experience.

However, that’s not the case with Virtual Mate. Currently, they have a 3D model named Sheila who looks incredibly realistic, with a gorgeous face and a rocking body.

Her movements are natural and perfectly in sync, making it feel like you’re interacting with a real-live person. Additionally, she has a wide range of facial expressions that’ll let you know how she’s feeling.

Even better, Sheila acts like an actual person. She interacts with you and responds to your movements inside of the Core. For example, if you aren’t thrusting hard enough, she’ll beg you to go harder, or if you pull out, she’ll act disappointed.

Sheila will even tease you, making her feel like a human instead of a CGI robot!

You Will Receive New Updates for Life

Virtual Mate is constantly growing and improving. Whenever they enhance their software, you’ll get updates to improve your gaming experience. Additionally, Virtual Mate plans to add several new characters and scenes.

When they do, you’ll have access to them. So, as the game improves, you’ll receive the updated version for no additional cost. It’s a game that keeps on giving!

Virtual Mate is undeniably an exciting sex tech that’ll add more value to your life. However, like many good things, it has some downsides. But don’t worry! Despite these downsides, Virtual Mate will still make you happy!

Virtual Mate Only Has One 3D Model (So Far)

Right now, the only 3D model currently available is Sheila. So, if she isn’t your type, you won’t get much out of the product.

However, this will change very soon. Virtual Mate is letting its customers vote on who they want the next virtual model to be. Currently, there are 16 real women you can choose from. Once the votes are in, Virtual Mate plans to transform the crowd favorite into their next 3D model.

Additionally, Virtual Mate claims that they have a female-user version of the game in development. So, hopefully, sometime soon, this game will become more gender inclusive!

While the Virtual Reality Mode is off to a good start, it could be updated for a better experience.

For starters, you can’t move around in the VR world, which is a readily available feature in other VR games. Additionally, you can’t move your arms to touch or interact with Sheila, which dampens the experience.

So, while it’s cool that Virtual Mate offers a virtual reality function, it just isn’t as lifelike as it should be. Hopefully, they’ll update this soon!

Virtual Mate is a unique piece of sex tech that I highly recommend—the Core device and software pair flawlessly, allowing for a stress-free gaming experience.

Additionally, the software is regularly updated, so you’ll get to explore new characters and scenes for no additional cost.

Sheila is incredibly realistic in the way that she looks, moves, and interacts.

While Virtual Mate’s characters are currently limited, and the Virtual Reality Mode needs some work, overall, this is an exciting game system that allows for a lifelike sexual experience unlike any other!

What Comes In The Virtual Mate Game and Core Box?

Virtual Mate Game and Core At A Glance 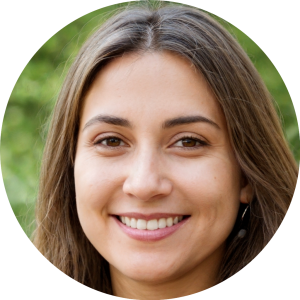