Is He a Player? 13 Telltale Signs He is a Player!

Okay, ladies… We all know there is plenty of fish in the sea, but let’s face it: Some guys deserve to be thrown back in with their fellow sharks.

Unsure if your guy is a keeper or a player? If you’re dating a dude that’s aloof, misleading, inconsistent, unwilling to commit, etc., there’s a good chance your Spidey-sense is spot-on, and I highly recommend taking action sooner rather than later; however, sometimes guys portray a mix of boyfriend qualities and player vibes, which is downright confusing.

In this article, I’ll cover 13 common signs he is a player, and later, I’ll discuss why it’s important to assess the situation carefully rather than jumping to conclusions and ending things prematurely.

Ready to find out if your guy is worth keeping around? Great! Let’s dive in…

How to Tell if He’s a Player: 13 Telltale Signs

Finding out your guy is a player can be absolutely devastating, but trust me, ladies: It’s best to discover his player ways early on, so you don’t waste valuable time on a dead-end relationship.

Life is short, and you deserve nothing less than a man who adores you and is ready to commit. If your guy is exhibiting any of the following signs, he might just be a player: 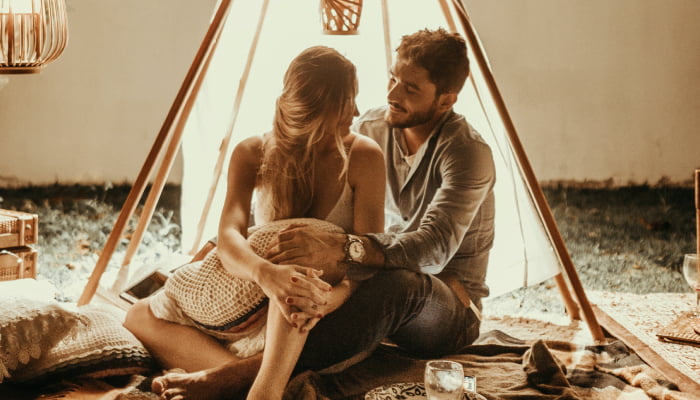 There’s no doubt about it… Players are smooth. They’ve perfected the art of flirting, which isn’t a skill that comes naturally to the vast majority of people.

Think back to your first meeting. Was your beau super smooth or adorably awkward? If he walked right up to you, began unabashedly chatting, and flirted like a professional player, he probably is.

2. He’s an Expert at Making Excuses

Aside from being excellent flirts, players can talk themselves out of virtually any sticky situation. Their excuses come quickly and easily, and these men rarely—if ever—take responsibility for their actions, even when it’s clear they’re in the wrong. They tend to get defensive or completely shut down, both of which are signs they’re not being honest.

In an article published by Psychology Today, Dr. Barton Goldsmith explains that all relationships take work, and it’s easy to place the blame on our partners when we experience uncomfortable feelings. Unfortunately, this is exactly what players do. They invalidate their partners’ concerns and pass the blame to avoid looking like the “bad guy.” This often makes the innocent party question their own feelings and insecurities.

3. His Actions Don’t Match His Words

There’s nothing more frustrating than empty promises, and players seem to harbor an endless stash of meaningless phrases to draw women in. If your guy doesn’t follow through with plans, and/or talks about the future but makes no effort to move things forward, he’s probably paying you lip service.

Pay close attention to your beau’s actions, and become aware of his patterns. If he doesn’t call when he says he will, or he doesn’t prioritize spending time with you after making plans, it might be time to move on. This pattern isn’t likely to change anytime soon—if ever. 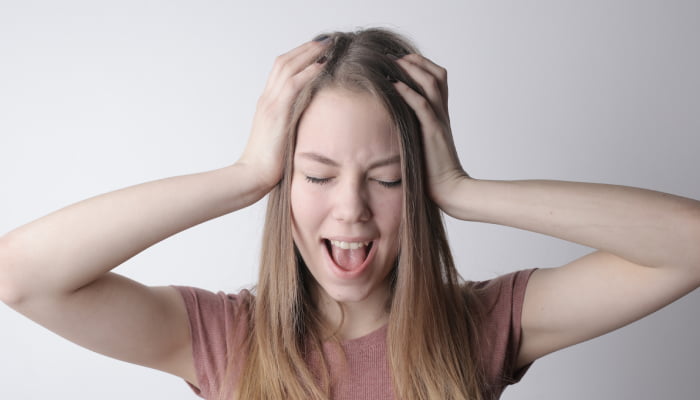 One surefire way to spot a player is to monitor how he treats you. If he seems completely into you one moment and he’s brushing you off the next, he’s likely engaging in this behavior with multiple women.

Men who are unsure whether they’re ready to settle down may discuss marriage one day and tell you they’re too busy to talk to you the next. They’re inconsistent, but they want to keep you around just in case they decide they’re ready for a long-term commitment. Don’t fall for it. This is one of the obvious signs he is a player and you could be waiting forever.

Sex is obviously great, but building and maintaining a lasting relationship takes much more than frequent skin-on-skin time. If you’ve had more sex than actual dates, your guy is probably a player.

When a man is interested in a serious relationship, he’ll take you out on the town. Sure, the date might lead to a night of hot sex, but you should also be treated to great conversation, good food, and some old-fashioned fun outside of the bedroom.

6. White Lies are His MO

If you’ve caught your guy in white lies early in the relationship, run while you can! Men who fib about seemingly insignificant things will lie about anything and everything.

Perhaps your beau trash talks all of his exes and claims they’re all crazy cheaters, or maybe he embellishes his responsibilities at work. Sooner or later, these lies will greatly impact your relationship, as you’ll have no idea when he’s actually being honest.

Guys lie about a variety of things for so many different reasons. Sadly, it’s rare that a well-meaning heart-to-heart chat will lead to lasting honesty, so it may be best to cut your losses.

7. He’s Sweet in Private and Distant in Public

As mentioned previously, guys with something to hide tend to be inconsistent, and this typically carries over into their private vs. public behaviors.

So, is he a player? Players may be sweet and attentive privately, but their behavior often completely changes when they venture into the outside world with a woman. They may become cold and unreceptive to PDA, as they fear running into other women they happen to be dating/sleeping with. If your beau’s treatment of you changes depending on the setting you’re in, he’s definitely playing you.

8. He’s Paranoid About His Phone 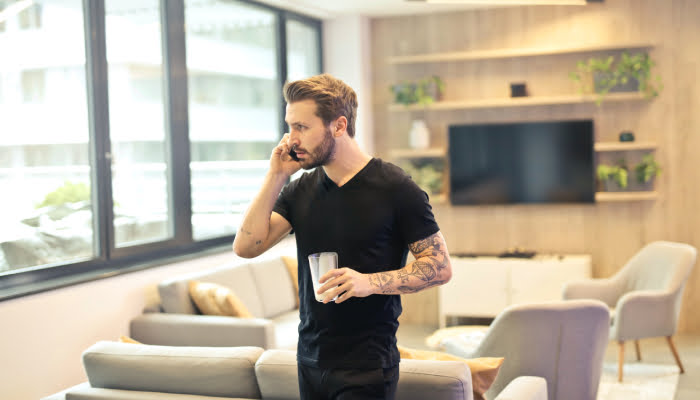 Guys who aren’t ready to be in a committed relationship will continue living the single life via modern technology. They’ll text other women, chat them up on social media, and justify their shady behavior while attempting to keep you in the dark.

If your guy hides his phone from you, consistently keeps it face-down, or turns it off when you’re together, consider this a glaring red flag. If he had nothing to hide, he wouldn’t be in constant fear of getting caught.

9. Your Weekends Are Spent Apart

When a man is serious about a woman, he makes her a priority. He doesn’t pencil her in on a Wednesday night and leave her hanging on the weekends. He wants to spend his downtime with her on a regular basis.

In lieu of spending your weekends waiting on a suspected player, get out there and find a guy who’ll set aside time on the weekends just for you. A man who gives you his weekends is likely worthy of stealing your heart.

10. He Keeps You Separate From the Rest of His Life

Players don’t typically introduce the women they’re seeing to their friends or family members, as they have no intention of keeping these women around. They keep their romantic relationships completely separate from the rest of their lives, and they tend to avoid confiding in their loved ones about the plethora of women they’re dating.

If you’ve been seeing your beau for a while and he’s made no move to introduce you to his family or friends, he’s clearly not thinking long-term. An article published on marketwatch.com suggests waiting at least three months before making those important introductions, so give him time… but don’t wait forever. You shouldn’t be kept a secret.

11. He’s Not Open to You Leaving Anything at His Place

When couples have sleepovers on a regular basis, they tend to leave toiletries and other essentials at each other’s houses. One telltale sign your guy is a player? He’ll insist on you leaving with everything you came with.

If you’ve been dating each other for a while and there’s no trace of your existence in his home, it’s time for a heart-to-heart. If he shuts you down or makes excuses, it’s probably time to move on.

12. He’s Touchy-Feely With Other Women 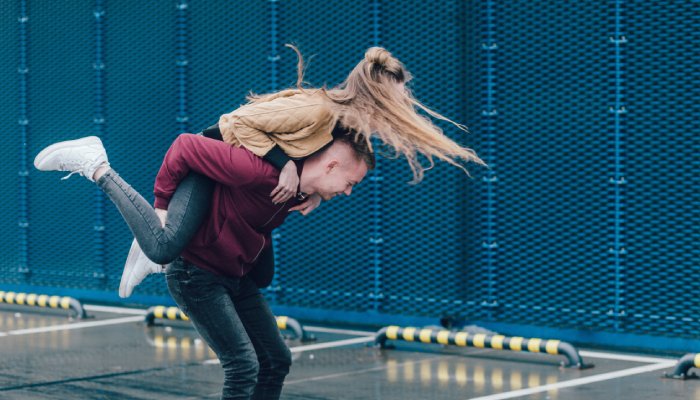 Being affectionate isn’t necessarily a player behavior, but if your beau is openly touchy-feely with other gals, he likely has lots of experience with lots of women. When a guy is truly invested in a relationship, he considers his partner’s feelings, even when she’s not around. This includes keeping his hands off other females.

Touchy-feely tendencies don’t have to be a dealbreaker, but if your guy knows it’s a behavior that bothers you and continues to do it, he’s not prioritizing your feelings—or your relationship.

13. The Majority of His Friends are Female

There’s nothing wrong with having friends of the opposite sex, but players tend to have vastly more female friends than males confidants.

If your guy is constantly texting, calling, or referring to other women in his life, this might be a red flag. This is another opportunity to initiate a conversation about your feelings before making any drastic decisions. In the case that your guy is just super social, discuss boundaries when it comes to other women. My general rule: I don’t do anything I wouldn’t feel comfortable with my partner doing, and vice versa.

All Player Behaviours Aren’t Telltale Signs He is a Player

If you happen to be dating someone who exhibits every behavior listed above, he’s most definitely a player. But, what if he’s boyfriend material most of the time and gives you the occasional player vibe?

It’s important to trust your intuition, and it’s equally vital to avoid jumping to conclusions. When strong emotions are at play, it’s common for people to make instantaneous decisions they wind up regretting later.

Still unsure if he’s playing you? Below are some tips to help you determine his player status and how to deal with his player ways:

I wholeheartedly understand that it’s extremely difficult to break free from a relationship you’re fully invested in, but just remember: You can’t change a player, and you should never stay in a toxic relationship in hopes of your guy changing on his own.

My #1 tip for dealing with a player? Be true to yourself. Contrary to popular belief, it’s 100% okay to put yourself first, especially when it comes to your current and future happiness.

Along with the warning signs listed above, trust your intuition, set boundaries, and never make exceptions. As award-winning author Robin Sharma famously said, “Have the guts to be true to yourself, nothing more.” I couldn’t agree more.