How to Be a Better Wife and Improve Your Marriage

Marriage isn’t always a straightforward love story. Once you get your happily ever after, the story doesn’t just end. After the wedding and the vows and the celebration, there are the careers, the kids, and other big decisions that come up.

More often than not, you end up putting your spouse last. Before you know it, that passionate flame that was once the story of us has been reduced to a pilot light, burning in the background, letting you know it’s still there.

That’s why it’s important for partners to do their best to be their best—for each other.

If you’re reading this, it’s probably because you’re trying to figure out how to be a better wife and make improvements in your marriage. Well, you’ve come to the right place. Read on to learn more.

How to Be a Better Wife

Being a better wife isn’t about how to be a perfect wife by perpetuating some 1950s June Cleaver stereotype. It’s also not about trying to change the man you married for better or worse.

It’s about being a better teammate to your partner and creating an environment where you both thrive. It takes two to make a marriage work, and what works for others may not work for you. You’ll need to commit to the trial and error phase if you want to get things right.

In the meantime, try out these tips on how to be a good wife to get the ball rolling:

1. Ask Him What He Needs

Women tend to be the more nurturing of the two sexes, but part of that gender role typically involves the woman being the planner in the relationship.

So, while you’re being your nurturing self, making plans for the evening or the weekend, it’s important to take a moment and ask your husband what his needs are.

Maybe he needs some alone time after a mentally exhausting day. Maybe he needs a fun night out. Maybe he wants to make these decisions with you. The point is you won’t know if you don’t ask—and if you never ask, well, there’ll be a certain degree of unhappiness.

Think of how you’d feel if you had someone planning out and controlling your daily activities.

2. Give Him His Space

Maybe you don’t feel like you see your husband enough, so you’re eager to smother him as soon as he walks in the door. Perhaps you follow him into every room and interrupt him while he’s in the middle of tasks or downtime.

As hard as it may be, give him some room to breathe. Think about how you feel when you’ve had a hard day at work or a trying day with the kids. Sometimes you just want to shut the world out and be alone, and the thought of someone trying to talk to you is excruciating.

Give him a minute or two to decompress before you start talking his ear off or following him into the bathroom. 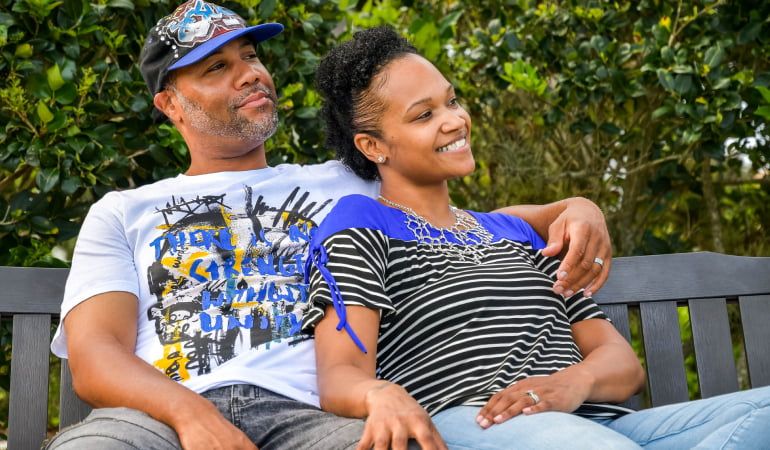 What’s the secret to being a good wife? Be his biggest supporter. Men aren’t all that complicated. They need the woman in their life to encourage them to take on the world. He needs you to believe in him, more than anything, because men have a sincere fear of failure.

So whether he’s starting his own business, making a career change, committing to a new project or fitness routine—be there to cheer him on and help him achieve his goals. Even if he isn’t starting some new, it’s still good to talk him up and make him feel like he’s more than adequate.

Marriage involves hard work and sacrifice. It’s not always loving and good-feeling. But it’s the hard stuff that makes us grow and become better versions of ourselves.

That’s why you need to challenge your husband in the ways he needs to be challenged. Whether it’s a goal he’s trying to achieve or lifestyle changes he’s trying to make, rather than use his flaws or shortcomings against them, use them to challenge him to do better.

In other words, don’t give him an easy way out when he’s having a hard time. Encourage him to take chances, make up for his shortcomings, and deal with his problems head-on. As long as you have good intentions and encourage him with love, he’ll be grateful and come out of it a better man.

It’s easy to fall into negative patterns of nagging each other after so many years of marriage. It’s also easy to fall into the pattern of thinking that others need your two cents all the time. News flash—they don’t!

So, take a step back and think before you criticize, because it’s a nasty little habit that can severely damage a relationship.

The relationships we have throughout our lives are an important part of who we are and how we gain perspective on various situations. After marriage, friendships tend to wane, and new, “couple friendships” tend to get forced—and it’s a crying shame!

So, if you want to be a good wife, be supportive of his friendships by encouraging him to spend time with his guy friends.

Most often, women are the ones who seek out and receive all the compliments. Of course, the lengths we go to be as amazing as we are make the high praise well deserved.

But your hubby deserves some high praise of his own, especially because compliments are like the antidote to criticism. Sometimes it’s as simple as being generous with your kindness, so take advantage of the opportunities to tell your husband the things you love about him, or how proud you are of all his hard work and dedication. 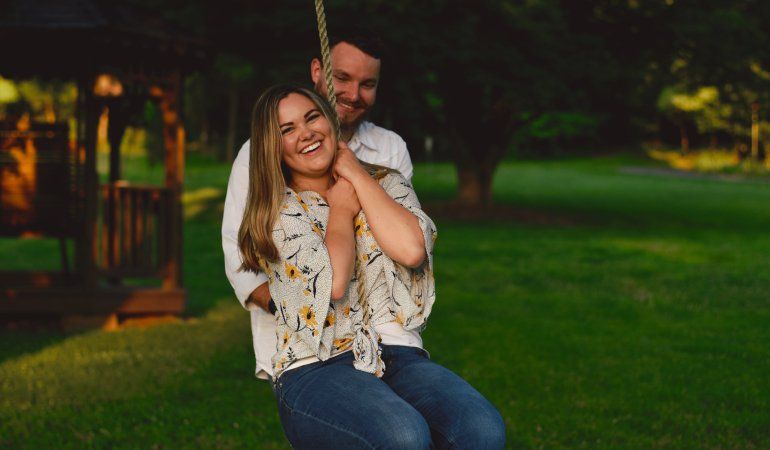 Fighting is an essential ingredient to marriage, healthy or otherwise. You’re going to disagree on certain things and those disagreements will turn into arguments. However, it’s the quality of the argument that matters.

According to clinical psychologist Alexandra Solomon, Ph.D., “Happy couples accept that they are two different people and approach misunderstandings with curiosity rather than accusation.”

In other words, it’s important to view disagreements as opportunities to understand each other, rather than a fight that needs to be won.

You can’t read your husband’s mind, so what makes you think he can read yours?

While it’s true that men can be a bit dense, you can’t expect him to know what you’re thinking and how to interpret your facial expressions when you’re upset. Part of improving your marriage involves better communication on both sides, but as a wife, you have needs too.

If you want those needs met, you’re going to have to vocalize them, otherwise, you won’t get what you need. What’s worse is that if you wait around expecting someone else to read your mind, you end up communicating those needs in the form of a complaint, and the vicious cycle of nagging and ignoring begins again.

10. Take Care of Yourself

It’s incredibly common to lose yourself in your marriage. Especially when you’re busy tending to everyone else’s needs, you end up putting yourself last. This ends now.

Putting yourself first isn’t selfish—it’s selfless. Not to mention, healthy. If you can’t be at 100% for yourself, how can you be there for someone else? It’s like the old adage, you can’t pour from an empty cup.

No one else can fulfill your basic needs or engage in the activities that make you happy. Only you can. So, take the time to take care of yourself so you can be a happy, healthy, and better partner.

Remember, becoming a better wife isn’t about catering to your husband’s every whim. No matter whether you’re in a modern or traditional relationship dynamic, It’s important to continue to improve the relationship you have with yourself and with each other, so you can both enjoy a happy and successful marriage.