Have you seen the new kinky Netflix series, “Bonding”? This funny yet informative series breaks the stereotype that being submissive means being modest, polite, and obedient!

The sexual connotation of the word ‘submissive’ signifies something more pleasurable and fun.

Submissives can be considered a character that some people like acting out during sex or sensual role play, similar to how actors in movies take on the personality of their roles.

There are many different types of submissive roles that a person can take on, and because everyone is different, there is no one-size-fits-all when it comes to subs. No two submissives are perfectly alike, but there are, however, some common categories into which submissives can fall.

It is also possible for individuals to take turns being either a dominant or a submissive role, a practice known as ‘switching.’

The Most Common Different Types of Submissives

With a dominant and submissive relationship, things can get hot and steamy- or sticky!

Fear not; both parties agree to the terms before the fun starts!

Have you wondered what kind of submissive are you? Let’s take a look at the different submissive types:

“Bottom” refers to a subordinate partner – the one who is bound, punished, or instructed. A bottom could also be somebody who appreciates submitting on a temporary and limited basis.

The dom is often assumed to be at the summit. However, this may not be the case at all; one partner may be a sadist and the other a masochist.

For example, the bottom may be a dom who is a masochist and instructs the sub to strike them. The submissive top might even be a sadist. If a submissive is not sadistic some doms will utilize such instances to humiliate slaves who are uncomfortable striking other people. 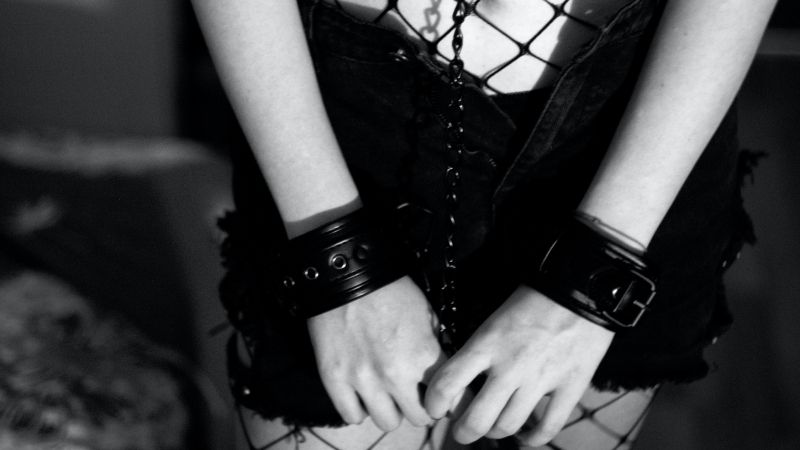 Isn’t being submissive the same as being a bottom? Nope! Although there is some overlap.

A person may identify as a bottom not just to define their sexual orientation, which is often one that receives penetration, but also to express their social position and sexual identity.

On the other hand, a submissive might be on top, serving their partner because they are competent in something that the dominant appreciates.

The primary distinction between a submissive and a bottom would be that the submissive purportedly does not provide directions; however, they establish limitations on what the dominant may do. It is a submissive’s responsibility to obey their dominant’s demands, hints, and directives.

3. The Wild Child or “Tame me” Submissive

The “tame me” submissive is extremely rebellious, strong-willed, and too combative with dominant types. They aim to find a powerful dominant to shatter their souls.

A submissive that exhibits attributes of disobedience, will, and spirit is typically seen favorably by dominants, but “tame me” submissives prefer to take such qualities to the next level. Typically, after a “tame me” sub has been tamed, she grows bored with her partnership and starts seeking other challenges.

The tame me type of submissive is entertaining for the first couple of months, but once tamed, they tend to settle into repetitive ruts until they are ready to break off the relationship, at which point they will start misbehaving again in hopes that someone who is not their current partner will attempt to tame them once more.

Furthermore, these contracts often specify clear expectations of whether the relationship would be monogamous or polyamorous and whether there would be permission or expectation of sexual involvement with other individuals. Either party may declare the contract invalid at any moment.

A slave is highly devoted and prepared to give everything for their master and eager to submit to whatever form of pain, anguish, punishment, or exercise their master desires.

A pain slut is usually a masochist who likes and tolerates suffering and severe pain. This goes with submission or not. There are lots of pain sluts who just surrender to their bodily needs.

​​A painslut not only likes pain, but they will also learn to relish it. They may do this by concentrating on how pleasant the pain feels once it has affected the body.

This may not come easy at first, but as they continue to allow the pain to be good, they will develop a new neural connection in their brain. Once they realize that pleasure will follow their elegant acceptance of suffering, they no longer see pain as just a dreadful experience.

Pain sluts will look forward to this experience since the more eager they are, the more ready their master or mistress will be to thank them for their hard work.

The pet submissive type likes to impersonate an animal — usually a puppy or kitten — for their master or owner. Entry-level animal play may include mimicking animal noises, crawling around on all fours, being hand-fed or petted, or wearing a collar.

Furthermore, masters may limit their pet’s movements by keeping them in a cage or off the furniture or making them use a litter box rather than a human toilet.

For example, if you like pet play,  you can put on some ears, a collar, and a butt plug with a tail and have someone treat you like a puppy, cat, or any other animal! 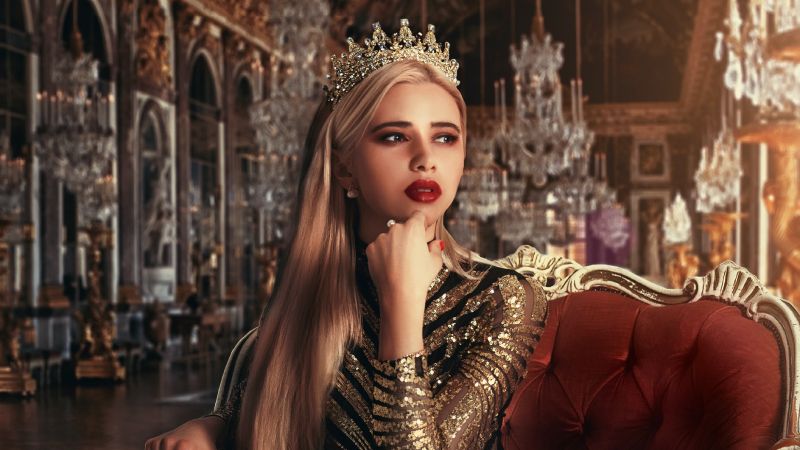 A princess is one of the more different types of submissives in this list. A princess enjoys being pampered and spoiled by her dom during the day and absolutely loves to reward her master sexually at night.

The main idea of being a princess is loving having everything you want to be given to you, including sex. While a princess enjoys being thoroughly cared for and treated like royalty by her dom, there is a notable other side to the princess role that gives her master everything he wants in the bedroom.

These submissives, who desire to be the entire focus of their partner’s attention, do not generally do well in poly relationships for the same reason. Little girl types are unwaveringly committed to their relationships, and once they find a partner, they are unwilling to leave that person. Till death do them apart…ok, not really, but you get the point.

The little girl submits and worships her daddy dom, often referred to as a little girl or baby girl. Of course, the same goes for a good boy.

They will do everything to please their dom because they know the dom makes it their job to care for and protect them. A good boy or girl trusts their daddy or mommy and therefore entirely submits to him or her.

For example, the young girl prioritizes her daddy’s wants, and satisfying him is very important. But, in exchange, he meets her needs and punishes her when she needs it.

A brat is another of daddy’s subs that like talking back, misbehaving, and generally being difficult to obtain attention or satisfy their wants.

Brats utilize talking back and statements like ‘Is that all you’ve got?’ to provoke their doms into more brutal punishment and activity. Therefore, punishment can be a result of talking back or brat-like behavior and attitude.

The “brat” differs from the “tame me” and “SAM” subs in that they are highly aggressive, smart-mouthed, and usually disrespectful. They have no intention of submitting to anyone’s authority or punishment other than that of their partner. 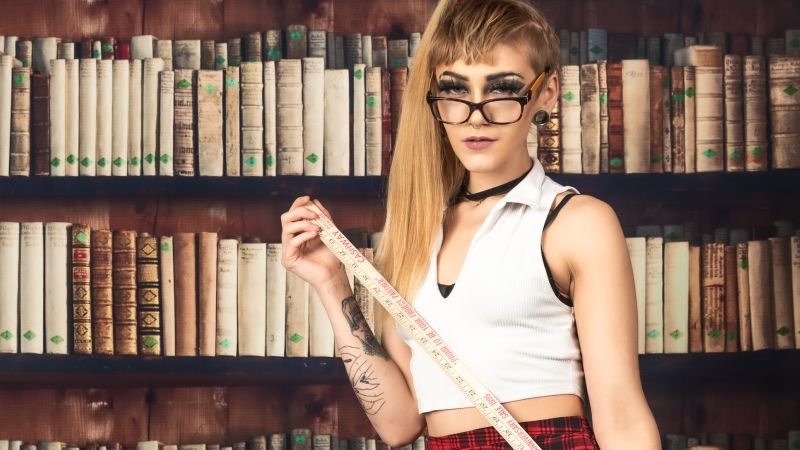 A SAM is identical to brats in many ways, yet their tongue gets them into trouble more than other habits. Therefore, a dom would punish a smart ass for running their mouth more often than behaving in a brat-like manner.

When a SAM is threatened to be punished, they will quickly state that they were just having fun and didn’t mean anything by it. However, this activity may sometimes be quite annoying to their partners.

They are sometimes infuriatingly playful and may occasionally push their lovers to the point that their partners are ready to torture them simply to release the tension.

Surprisingly, the majority of SAM submissives are not masochists. They genuinely do not want to be punished for their behavior since, to them, they were only fooling about. The advantage of a SAM sub is that they are typically a lot of fun and highly playful companions.

The most important thing to remember is that subs hold all the power in sub/dom relationships. Although they must obey their doms and follow their regulations, they can withdraw their submission at any time. 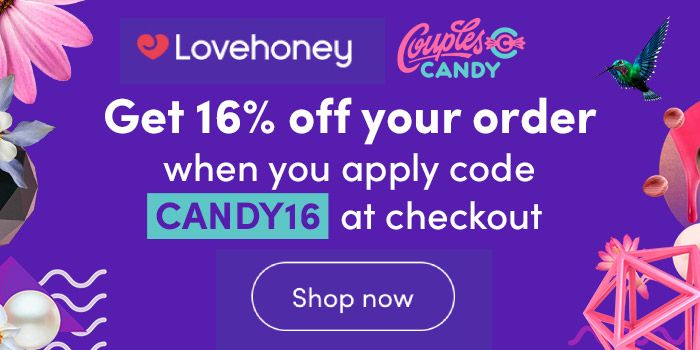